Home > Web & Tech > History of the UK’s first Modified Car club.. and me

11 years ago I was playing around with web development for just a bit of fun.. (now a full time job) something for us to show the world what we were doing to our cars and the laugh we were having along the way.

Back in 1999 the internet was only a luxury for less than half the UK population, we were using dial up modems to access it on Pentium computers with 32gig of memory. My phone was a Phillips Savvy.. a tiny screen with polyphonic ringtones and a sticky out areal, and if you turned the phone off when sending a text or directly after a call you could get free credit! Technology was being born.

Websites were all pixelated, framed table based static nasty looking sites, most of which hosted free on sites like geocities. When submitting a URL to yahoo you had to choose what category your site fell in and they had a manual team of people who would approve the URL.

I made a random website called chinknet after my nickname..  this then was later changed into bluefiesta.com named after my first car, a blue fiesta that I worked the entire 6 weeks of my college holidays just to buy a front bumper for (still used by mc rally in their advertising for the bumper today)

In 2001 bluefiesta.com was hosting images of me and a local bunch of mates messing around in our cars, images from car shows we were going to as well as just general info about how we were modifying them. The site had a guestbook that was quickly getting filled up, with more and more taking to this new ‘internet’ it was one of the only places for local cruising information around.

The site was then expanded through my then partner in web crime ‘Wez’ who started the site blackescort.com about his car the black escort (I think the site now has another meaning) we linked the 2 sites and were getting a large number of hits locally from people just checking out what we were doing, and looking for images of their cars from cruises.

We then got planning to expand the sites into a single entity for all modified car enthusiasts, cruisers and modifiers alike to come to one place. We sat down to work out the areas of the site such as general chat, performance, ice, newbie’s (a structure which was then copied by car clubs that came after us.. and then by those that came after them.. and is still apparent across a large number of forums today)

As part of my University course I then transformed the website into Streetrace.co.uk. A brand name chosen not to be about racing on the streets, more just as a brand name (back then cruise-myarea.co.uk wasn’t even thought of yet) . To start with we used a free Yabb forum software which was buggy, as forum software was a relatively new thing still. We input the structure we had planned into the forum and it grew to over 300 members within months (back then before facebook and smartphones.. this was a lot!) We then decided to sell sponsorship advertising on the site and used the money along with our own to buy a better less buggy forum software, the best available. The site was re-skinned and custom developed to form the base of Streetrace.co.uk as it is known today.

After that in 2003 facebook and myspace came into development, but were still not even heard of! So Streetrace.co.uk was the only place for the UK to come and read about everything car modified related, including show images from all the old shows like Weston wheels, modifying guides, games and more. The only other forums out at the time were all cruise based ones, and a number of which we became friendly with including the then 2 biggest Midlands Cruise sites Kroozmidz and cruisemidlands. More and more cruise based forums were popping up using free or cheap forum software. But non had the whole package like Streetrace including full show coverage, membership, cruises, meets and more. Non yet.

By late 2003 Maxpower had made us their best car club and we were invited to Max Live and their after party hosting the likes of Jordan and ‘Jamie Shaw’ (before he was made z-list famous by UK Pimp my Ride).

A couple of years on the site was ever expanding with new galleries, online garage, membership packs with keyrings, attending all shows. At this time more clubs similar to Streetrace were popping up, and amongst all this we were getting a large number of offers from people who wanted to become admin or owners! Some of which we turned down who then went on to create other well known car clubs today , and  then some even seen us as rivals (although it’s nice to know we inspired). As sole owner of the club I then decided to sit down and select 4 main admin who were best for the job, then sold shares so were we then all part owner of the club. This is a tradition that has continued until today with shares changing hands but never any more than 5 owners allowed. Leading up to todays current owners Tony, Wez, Stu and myself (although not now managed and ran by us)

We carried on hitting all the biggest and best car shows including hot import nights London with Tim westwood in 2005, we had countless magazine features, press coverage,  parties & even a music single.  We Teamed up with DJ Cutloose who became our music icon at shows.. again the first club to even have its own DJ! Along the way we unknowingly influenced a large number of other modified car clubs that sprang up with the same idea.. some spawning directly from members of Streetrace.. and even some spawning from those! Plus others popping up all around the UK in general. We went from being the only generic modified car club being at shows in 2002 (amongst vw clubs, mondeo clubs, seat clubs etc) to being one of thousands of generic modified car clubs and cruise sites by 2006.

Being the first however we were then the biggest, hitting a peak at USC Show 2007 & USC show 2008 in which we were given a concrete pitch, took the truck dance stage and DJ’s and told by the organised of we got any bigger we would need to pay for a trade area as we had more attention than the dance stage!

Not only was this a peak for Streetrace.co.uk, it was a peak for the Modified car Scene in general. After this the shows started to die down with less attendance. We celebrated our ten year anniversary in style hiring out a bar on broad street Birmingham with all staff arriving in a pimped out fire engine and attendance from max power and Fastcar.. the very people who were inviting us to their parties when it all began.

Over the time we also did a number of large scale evens like running yearly nurburgring trips, a meet at the ace cafe, as well as being the first club to team up with police in promoting safer driving by taking racing to the track instead of on the roads. As well as raising money for road safety charities in a joint effort with police that even made the papers. On top of a personal thank you from Inspector Matt Derrick “It has been a pleasure to work with you and thank you for your efforts in bringing the Police and Car Cruising fraternity closer together. I am confident that in years to come there are many people who will benefit greatly from our and particularly your work and effort in the relationship and hopefully many people who otherwise might not have been with us will never realise that you saved their lives. Strong stuff I know but those are the kind of consequences we are dealing with.”

A year on the modified car scene was still in a reluctant decline, the police started an all out campaign against modifiers. With a few idiots doing burnouts etc thus tarring the rest of us with the same brush…  as the scene grew the car enthusiast quickly became a public enemy. Also with the increase in clubs the magazines were continuously being brown nosed by certain clubs as this was the only way they could get noticed, to their own destruction. The rise of the internet set to be killing print media also brought down car magazines sales. Back in 1999 only available to a few the internet seamlessly overnight became part of everyday life accessible by the majority of the UK population with the increase in smart phones and home computing. Back then to see images of a show or cruise you had to buy the magazine (or look on streetrace.co.uk of course) now the images are on facebook and most forums before even getting home.

In Mid 2010 Streetrace.co.uk was awarded the most honorary of Max Powers awards.. ‘Outstanding Contribution to the Scene’. Shortly after this I personally left the scene due to my time being taken up by business, family and something a bit more global. With admin being passed hands to a great bunch of guys (previously Staff on there) who now continue to ruin the site as strong as ever.

Then in late 2010 due to a number of the aforementioned factors and ever decreasing sales MaxPower Magazine was unfortunately dropped by its publisher. The very magazine that influenced us in starting up back in the day. All a fitting end within months of Streetrace receiving its award and me leaving the scene.

The Club continues today now ran by an enthusiastic bunch of individuals with as much love for the scene as we all had back in 1999. The Club also continues to grow and outlive a number of other clubs that still come and go within the lifespan of Streetrace. 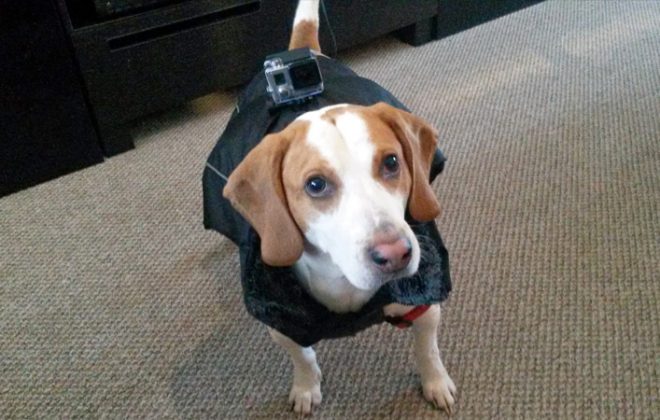