At a time I have decided to step down my main duties as part of Streetrace.co.uk it has come at apt timing that the club has won the ‘Oustanding contribution to the scene’ award from Maxpower. An extremely prestigious award that we are the only club to receive. For the influence it has had on the modified car scene and follow on clubs that have come from us in the past ten years.

Back in 2003 SR won MaxPower club of the month and when founded in 1999 was the only generic modified car club going. In the past ten years it has won numerous awards as well as taking part in pioneering projects with the police to ensure road safety.

Now Streetrace is to be run and handed down to next generation, a new admin team to continue its success! So heres to another ten years 🙂 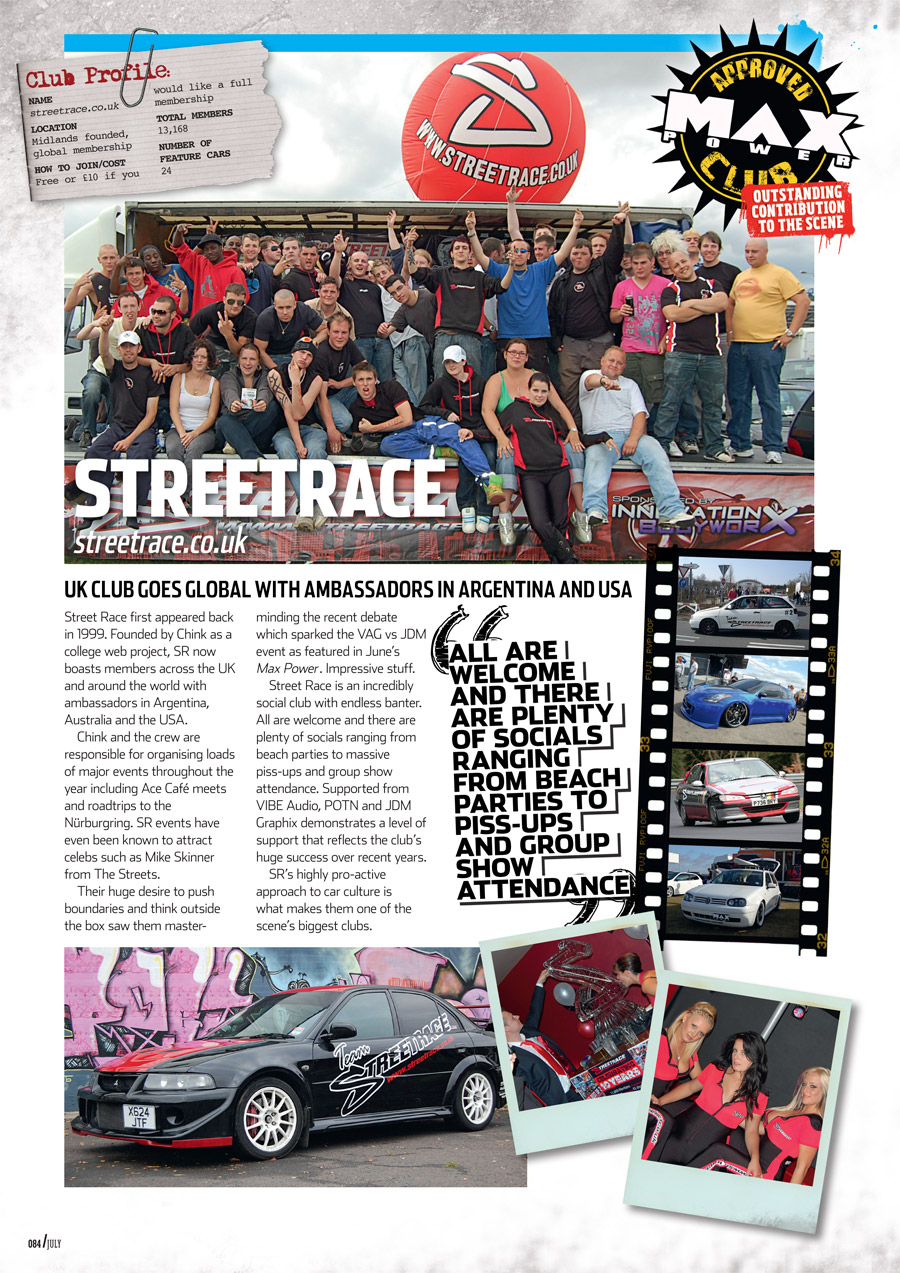